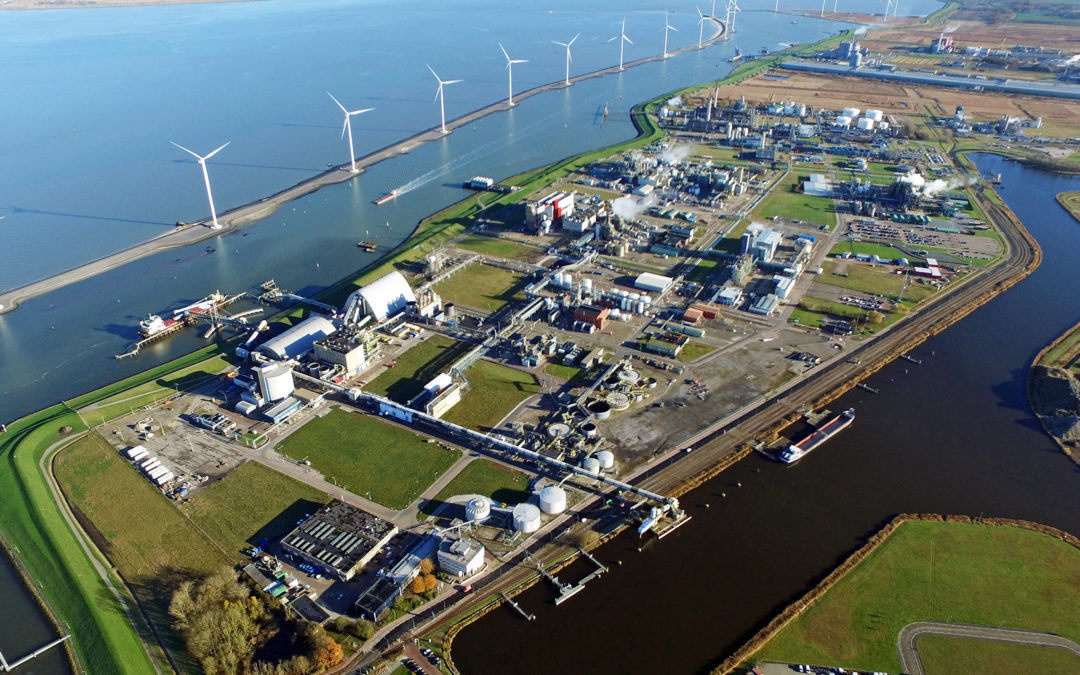 A consortium comprising Nouryon, Gasunie, Hinicio, McPhy, BioMCN, and DeNora will receive an €11-million European grant towards their proposed green hydrogen project in Delfzijl, the Netherlands. The project is a front-runner among several hydrogen initiatives aimed at cutting carbon emissions and will be a significant milestone in the transition to a more sustainable, circular economy, the companies say.

The funding is granted by the Fuel Cells and Hydrogen Joint Undertaking (FCH-JU), a partnership of the European Commission and industry that supports the development of innovative hydrogen technologies. The 20-megawatt (MW) electrolyzer, to be owned and operated by Nouryon and Gasunie, would be the first of its kind to be implemented in Europe on this scale.

The other partners involved are: McPhy, which will provide its innovative alkaline electrolysis technology to convert renewable electricity into 3,000 tons of green hydrogen per year; BioMCN, which will combine the hydrogen with CO2 from other processes to produce renewable methanol, reducing CO2 emissions by up to 27,000 tons per year; and DeNora, a producer of electrodes, a key component of the electrolysis technology.

Nouryon and Gasunie plan to take a final investment decision for the plant in 2020. In parallel, the two companies are studying options to increase the plant’s electrolyzer capacity from 20 MW to 60 MW to make green hydrogen to produce sustainable jet fuel in a project with another group of partners

The project is also supported by an additional €5 million in subsidies from Waddenfonds, a fund that invests in projects in the northern Netherlands.

Knut Schwalenberg, President Industrial Chemicals at Nouryon, said: “This project will be a stepping-stone for the circular economy. With the support of the EU and the region and backed by an experienced technology supplier and customer agreements, we are ready to move to the next phase of implementing Europe’s first large-scale hydrogen plant in support of a more sustainable future.”

Bart Biebuyck, Executive Director FCH-JU, added: “The FCH JU supports the development of high-performance electrolyzers by European industry that can operate dynamically on renewable energy, helping to balance the electricity grid. Scaling up in this field is key for sustainable industry, transport and buildings and this project is a firm step in moving towards electrolysis of hundreds of megawatts or even gigawatts.”

Ulco Vermeulen, member of the Executive Board and Director Participations & Business Development at Gasunie, said: “Scaling up is the keyword here. From our 1 MW electrolysis project Hystock, via this 20 MW electrolysis installation in Delfzijl. towards gigawatts in 2030. Gas infrastructure will play a facilitating role in the energy transition as we will be transporting energy carriers, such as hydrogen, increasingly through our pipelines.”

Laurent Carme, CEO of McPhy, added: “We are proud of the trust we received from two such major industrial groups. The size and scope of this project, as well as its deep integration into our customers’ processes, represent a major step change for McPhy and the global hydrogen market. This will boost the rise of a clean, secure and cost-competitive hydrogen ecosystem.

You have Successfully Subscribed!